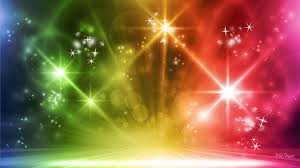 The brave men and women on the “front line” of this viral pandemic are working beyond the call of duty. Fighting an invisible enemy takes more than courage. It takes a faith that God will protect you and help you to do your job.

If you and your company or non-profit organization are looking for a way to show appreciation to these brave “care-takers”, Maglite engraved flashlights can be used by anyone mentioned here. Heartfelt thanks go out to our:

Most people don’t leave home without their keys and cell phone. But even more so, people can’t leave home without their flash drives. What a little miracle they are- holding endless amounts of information on such a little device. Whether you’re working from home and need to transport your important files to your meeting tomorrow, or if you want to share your family photos with your parents down the street, or if you simply want to backup your computer, flash drives easily save the day for lots of people.

What’s your favorite color? Are you like me and have a hard time choosing? Today is Find a Rainbow Day, a day where you can choose ALL colors!

Rainbows can be found all around us- in the sky, shining through a window, or even in engraved flashlights.

These engraved flashlights come in every color of the spectrum, making it easy to choose one of each color for any of your top employees or customers.

Have you given any thought yet this year as to who your top performing employees are? Are they people who go above and beyond what is asked of them? Do they work well in teams and help everyone strive to do their best? Then they are definitely deserving of any of these service awards, which can be engraved with your corporate logo.

Today is also a day celebrating members of the military who have gone above and beyond the call of duty: it is National Medal of Honor Day.

Anthony Maglica is probably the best example of an American success story. He was born in NYC during the great depression (1930). His mother was Croatian, and decided to take him to her home country of Croatia and raise him there. At the time, no one would have expected him to become the most successful businessman in the USA. In 1950, he got married, became a father, and moved his family to the United States, and out of the Communist control of Croatia. Neither Anthony or his wife could speak English, making it rough to survive here.

The rest of this “rags to riches” story continues with his opening in 1955 of a small machine shop in Los Angeles, named “Mag Instrument”. He made machine parts for the military and started to make a few dollars.

Fast forward to 1979, which is the first year that Anthony made the amazing flashlight, called the “Mag-lite”. It was a big hit with the policemen, because it was aluminum, rugged, and dependable. That basic design hasn’t changed much to this day. But he developed other Maglite Flashlights in the next several years, in the 1980’s.

The rocky part of the history involves lawsuits. A major one was filed by his former live-in girlfriend, Claire, of over 20 years, in 1994. The jury awarded her $84 million, which was a big chunk of the value of the company. That was a rough time for both of them.

Other lawsuits have been filed, and won, over the years, by Maglite Flashlights over copyright infringement. Maglite® does have a full-time legal department on site, to take care of these matters.

After this rocky history, Maglite® has become a standard for all flashlights. It has been called “the Cadillac of flashlights” by the Wall Street Journal in 1996. Indeed it is.

How much thought do you put into where your food comes from? Most people just stroll into the grocery store and happily buy a variety of fresh produce all year long without thinking, “How am able to buy raspberries in the middle of the winter?”

This week is National Ag Week, sponsored by the Agriculture Council of America. It became a recognized week in America in 1973.

How can you support America’s agriculture community this week?

In just one short month, on April 22nd, the world will be celebrating the 50th anniversary of Earth Day. Back in 1970, the first #EarthDay pioneered the environmental movement, which led to the formation of the Environmental Protection Agency (EPA).

Here are some great ways to celebrate #EarthDay:

Here are the top 3 best Solar Lanterns to use on #EarthDay and beyond:

So here we are… working from home, doing schoolwork from home, and patiently waiting for this coronavirus pandemic to subside. By now most people have created their stockpile lists, and are trying their best to fulfill them. But have you added one important thing to your list? Maglite flashlights are always a necessary item to add to any emergency stockpile list. You never know when you’ll need extra light- whether the power goes out, or if you need to find something in the night.

Here are the best long-lasting LED Maglite flashlights to add to your stockpile list this week (don’t forget to add batteries to you list too!):

Happy St. Patrick’s Day! Today, in America at least, it tends to be a holiday revolved around drinking and celebrating the “luck of the Irish.” But do you really know the background behind this holiday?

How can you celebrate today?

Since many cities are canceling parades and festivals due to coronavirus concerns, wearing green is the next best thing you can do to celebrate.

Adding green promotional Maglites to you and your customers’ wardrobes today will surely help you stand out.

Let’s jump right into a subject that is close to everyone: Designing a kitchen. The architect scale ruler is a very useful device to plan your new kitchen. It helps you to draw your room and appliances to scale, and to read the measurements later. It will tell you if there is enough room to place a refrigerator in a certain part of your space.

Now let’s get to the nitty gritty. Which scale should you use on the ruler? Your ruler may have some or all of these scales:

If you use the “1” scale, that would mean that 1 inch on the scale equals one foot in real life. Let’s not use that one, because your 15 foot long kitchen would need a piece of paper at least 15 inches long. Let’s use the 1/4 scale, which means 1/4 inch on the scale (on the paper) represents  one foot in real life. This means that your 8 inch wide paper will represent 32 feet. Your kitchen will fit on that paper now.

From here on, you just measure your room and appliances, and draw them on your paper, to scale.

A quick designer tip: Draw your appliances to scale on colored paper, cut them out, and move them around on your drawing for the best arrangement. Also, do the same with any other cabinets or tables that you already have, and want to use them in your design.

Have fun designing your dream kitchen!